Frederic Mailloux is a Senior Social Media Consultant and a former Social Media Director at TC Media. He is here to share few secrets of the ever-changing social media space. Let’s get it started then!

Frederic, let’s go straight to the point – social media return on investment. Can you give us an example of a social media campaign that is beautifully linked to ROI and how to get it started?

When I arrived at TC Media (we had 125 papers running all across Eastern Canada), around 30% of our website’s traffic was coming from social media, which was clearly not enough. We get our digital revenues per page views, and social media was underutilized. So the first thing we did (the data team and myself) was to look at the numbers, both on GA and Social analytics. With that in hand, we then analyzed the content that was published and how much it was performing. From that, it was just a matter of finding the voice and tone of the brand(s), and how every journalist should be using social from then on. I’ve come up with a deck and presentation on how social affects your PV numbers, and how using social in a better manner would mean more eyeballs on stories the journalists were working hard for. After one year, social traffic had almost doubled, representing around 55% of page views source.  All because we organized how employees should use social media and gave them very few specifics guidelines so that their job would be easier.

All that made it easy for the social team to calculate how much revenue we could expect from a single follower in a given timeframe. This number helped tremendously to target our acquisition cost (yes, we did some paid acquisition campaigns in markets we reached less of the population than we were happy with) and forecast how much time it would take to make ROI on these as well.

Let’s be honest: you will lose followers along the way. Maybe because they are not as attracted to your brand anymore, maybe they’ve had a bad customer experience, maybe the content you publish is not relevant to them…It happens. And brands shouldn’t be concerned as long as they GAIN more followers than they lose.

So the best method to retain – and gain – followers: get to know them. Find out who they are what they like, why they are attracted to your brand on social media, what type of content makes them engage with your brand. You might find some insight on your social audience that rubs you the wrong way (why don’t they like my super duper promotional posts!) but you’ll get a better grasp of what to do with your social channels. Most social media analytics or social media tools have the information needed for measuring retention rate. Explore the native analytics, get familiar with it: there’s a wealth of insight there.

What are the biggest challenges in a social media manager’s job and the way to overcome them?

One of the biggest challenges is how brands and companies view and utilize social media, and what they expect it to be for their bottom line. Social Media Marketing is SOCIAL first, media second and marketing third. Social is not just another marketing channel. It’s the only way people can interact directly, in real time, with their favorite brands. As a social media manager, you got to think about the relationship between the brand and the audience. You’ve got put the audience in the middle of all your initiatives. You must be able to answer “What’s in it for them?” to every piece of content you publish, every campaign you put out there. In a nutshell: SELLING SELLING SELLING = bad. Engaging, conversing, creating a relationship = good.

There is another hurdle: getting people to understand that in social media, they are not going against their “real world” competitor. Brands on social media are challenged by each and every bit of content that people put out: hockey scores, Minion quotes, vacation pictures, Memes, cat videos…

They say that failures make us stronger. Can you give us an example of one of your failures, experienced during your career in social media? What did you learn from it?

When I came onboard, there was a HUGE (and I mean HUUUUUUUUGE) contest that was going to be rolled out 3 months later. Problem is, it was thought out by people who had a very limited grasp on social media codes and idiosyncrasies. To make it brief, we had, for a month-long period, to get social users to a brick and mortar store, where they would fill a form to be entered in the contest AND to a website where they could double their prize…this was way too many hoops to go through for the average social media user. Needless to say that this social campaign was a disaster. What I’ve learned from that? As a senior social media manager, part of my job is to educate all the stakeholders that have influence, at one point or another in our content production/distribution funnel, AKA “don’t think of social after everything else is done and set in stone”.

It is difficult to do so, but it is doable. You can see if your hashtag, SnapChat filter or topic is trending at the moment, and you can analyze the sentiment/share of the voice behind your audience’s interaction with a campaign or social media tactic.

But this approach still leaves higher ups in the dark, as far as ROI goes, and leaves too much room for “feelings” and “I think that so and so was successful”. Even though social media is first and foremost centered on people there’s plenty of metrics we can, and must use, to measure our activities’ success.

Any golden tip on achieving a consistent analytical approach?

One thing that I’ve learned over the year is you’ve got to know WHAT you are looking for before starting to dig into numbers. Choose 2-4 KPIs and see how your strategy affects them. Adjust your strategy according to the numbers, by getting bolder with tactics that work and killing the ones that don’t. But if you do not have clear goals in mind, you will never be able to make sure your brand’s social presence grows.

I’ve worked with a lot of social media analytics tools, and most of them are pretty thorough as far as metrics go. I would love to see single, hyper customizable tool, that lets me create dashboards for different stakeholders, with real-time analytics, on every social channel there is…that doesn’t cost 100k$ + a year. But seriously, I would like to be able to automatically and easily identify any super fans or advocates. Let’s say Mitchell likes and comments on almost everything we publish on social. I want to be able to engage with him on a personal level, get to know him better, understand why all the engagement, empower him as well, in some manner. But we cannot know that for now.

For small to medium businesses, you cannot go wrong with Sprout Social. A super intuitive user interface, thorough reporting capabilities, image editing…It’s the bee’s knees for everyone who is looking to step up their social media management game.

From experience and reading and working with the person I will tell about in question number 10, I’ve come up with a 10 point social media strategy handbook, that helps beginner and seasoned users alike get a better grasp on their social strategy needs.

SCOTT MONTY! I’ve had the chance to work with him when he was Ford’s Global Social Media Manager. The insights he would give us were invaluable. The most important thing I have learned from him is this:

Brands need to understand that, instead of trying to push their latest promotion down their audience’s throat. I’ve also had the chance to work with Tara Hunt, who is educating people on what social media truly is. I have to mention Mitch Joel as well, as far as digital content goes, and Gary Vee, as polarizing as he can be.

Testing and innovation are an important part of every social manager’s job. Can you share your hit and miss of 2017?

This year, we’ve tried a new social media management tool that was supposed make content sharing easier. But the way it was set up, it made our audience managers’ job more difficult. We’ve had to stop using the tool altogether.

We’ve also tried ChatBots, but it wasn’t really for our audience. After a few launches on some of our brands’ pages, we decided to stop the initiative. But that doesn’t mean they are not working.

Hits….There are many, depending on your industry! I would say that most things Facebook does to enhance Pages management/paid social activities/Instagram integration help us a lot. I’ve been hearing that Facebook is not the be all end all of the social media for the past five years now.  People need to realize that this is no Friendster and that Facebook is here to stay and will dominate social media for a long time being.

I would say a mix of augmented reality and machine learning in a social media context. How we can enhance the user experience, and learn from it, to deliver targeted content to users.

One DO and one DON’T for creating a meaningful growth in social media.

DO know what metric(s) you want to grow and DO know your audience. DON’T focus on follower count. It’s better to have a smaller, more engaged audience than a big audience that couldn’t care less about your social media content.

When it comes to social media, unbutton the top 2 or 3 buttons of your shirt and loosen your tie a little. B2B, B2C, it doesn’t matter. People are on social media for the social aspect it. Make your brand personable, take the gloss and glitter away. 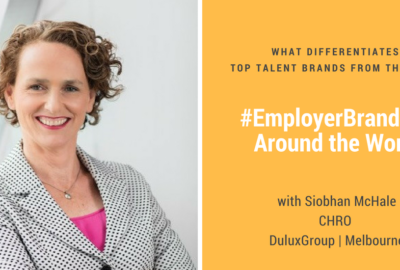 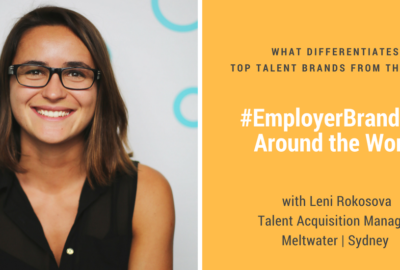 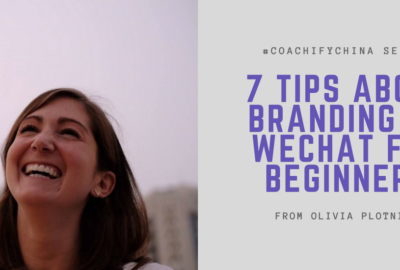 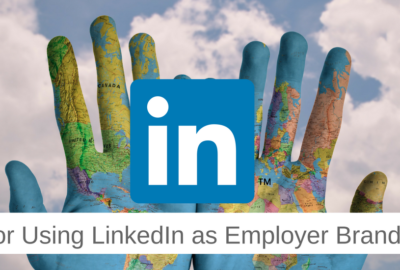 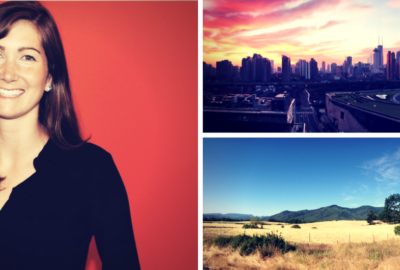 How to Find a Career in China, Get Featured on Forbes and Use LinkedIn to Its Full Potential.

From the rural Pacific Northwest to the middle of a concrete jungle, Olivia Plotnick has…